On Monday, Paul Gileno, the U.S. Pain Foundation’s former CEO, has confessed to charges of embezzling a large sum from his company. This non-profit group was committed to patients with chronic pain but was later found to be connected to the opioid crisis.

The former CEO was facing fraud and tax charges. In total, he confessed stealing around $1.5 million to Victor Bolden, District Judge.

Gileno managed to mask the stolen funds as personal expenses, including mortgage payments and vacation costs. Furthermore, the organization’s tax records have revealed that Gileno redirected funds for employees’ salaries or benefits to family members and relatives.

John H. Durham is the U.S. Attorney who has accused the former CEO of failure to pay taxes.

Records have also shown that many similar non-profit organizations have received millions in grants given by pharmaceutical companies. One such company, Purdue and Insys Therapeutics, currently faces lawsuits and significant accusations from Connecticut as well as other U.S. states. Namely, the company is blamed for contributing to the national opioid crisis. Companies like these have made deceptive claims regarding the safety of their medications for pain.

Last year, Congress released a report in which the Pain Foundation was found as one of the top beneficiaries which funded five of the largest opioid producers from 2012 to 2017. While large pharmaceutical companies have given away approximately 9 million dollars to over a dozen chronic pain relief groups, the Pain Foundation has received around 2.9 million dollars. The company also operates and owns one of the strip malls in Middletown.

The total grant funds for the Pain Foundation is around $2.5 million. The foundation later received an additional $250,000. Insys Therapeutics gave out these grants. The company produces Subsys, which is a product based on fentanyl. 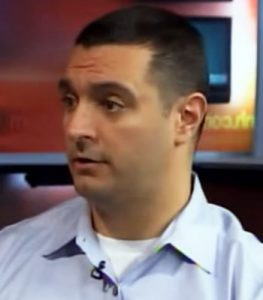 Over the years, fentanyl has been accused as America’s leading cause of overdose-related deaths.

Additionally, two Insys employees in CT were caught for taking part in a racketeering conspiracy on a national level. It was proven that the company had bribed doctors as well as health workers who were instructed to promote their product.

According to a report made by Congress, the organizations which obtained the grants had a significant role in the opioid crisis. They advocated for the interests of the large pharmaceutical companies and contributed to increased use of opioids for pain relief. In one court case, attorneys showed video footage from 2015 as evidence.

The video featured a rap commercial by Insys and showed a walking Subsys mascot. It was used to influence sales reps and doctors and drive them to give their patients higher doses of Subsys spray. The medicine was found to be extremely addictive.

Moreover, the report also states that the groups used various initiatives to boost their pro-opioid messages and benefit the producers of the various opioid medications.

On Tuesday, Middletown’s Pain Foundation commented on the matter through a P.R. agency. According to employees and officials, the organization requested Gileno’s immediate resignation when the scandal broke out. The press release stated that the foundation was cooperative during the investigations by the FBI and IRS. Furthermore, the company has scheduled a restitution hearing.

Paul Gileno admitted to the crime this Monday and confessed that both the fraud and the tax charges were true. He will likely have to return the embezzled funds plus around half a million in taxes.

Stratford, Connecticut – The authorities have arrested Edward Johnson from Bridgeport after stopping his vehicle for a minor violation. However, what they later discovered in Johnson’s pants was enough to put him behind bars. The officials charged the man with possessing and planning to sell the narcotics that were discovered. The Narcotics Vice and Intel […]

Sharlene Mansfield was the victim of an unfortunate deadly hit-and-run that took place this week in Hartford. The 55-year-old was struck and killed in the vicinity of 400 Hillside Ave. just before 12 p.m. The driver fled the scene, but the car has been identified as a dark grey Hyundai Sonata with AU8835 plates. The […]

Some residents of Ansonia, a small place 12 miles northwest of New Haven, were appalled to find out that their neighbor was selling crack and fentanyl all over the Bridgeport area. The peaceful neighborhood was not the scene of a lot of criminal activity and is well-known for its safe streets. However, the latest news […]