Recently, the demolition of tobacco sheds in Windsor Locks, Connecticut, has reminded the state of a large shift in crop demands. The destruction of these sheds and barns on Route 20 has marked a significant change in the area’s extremely long tobacco history.

Namely, as the market had shrunk, farms all over the state are shifting away from tobacco growth. Since smoking rates have decreased statewide, areas around Interstate 91 and Bradley Airport are in need of land for development.

According to Cristopher Wigren, CT Trust for Historic Preservation Deputy Director, farming is being pushed to the side to make room for other ventures.

At the dawn of the 20th century, tobacco crops became a financial goldmine. The Connecticut River Valley contained an ideal climate and optimal conditions for growth. Wigren added that the fertile soil in the Valley, as well as the area’s proximity to cities, made it the most favorable region for local and immigrant tobacco growers.

In fact, when the industry boomed in the past century, the state experienced massive growth in the immigrant population due to the tobacco business.

One such immigrant was Martin Luther King Jr. King came from the South and worked as a tobacco picker in the Valley. Cristopher Wigren said that many African-American college students moved to the region in the forties. Additionally, immigrants from Puerto Rico also boarded the tobacco train. 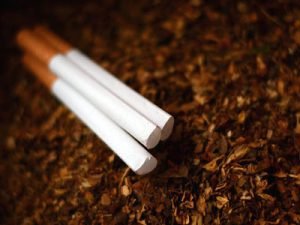 Wigren also appeared nostalgic, claiming that the fields and sheds had a major role in shaping the state’s landscape. He claims that the landscape along the River Valley is incredibly unique for Connecticut, as well as Western Massachusetts.

And many locals have commented, claiming that the destruction of the iconic barns and sheds was a sad sight.

In these structures, the leaves were left to dry after being picked. Then, after processing, the tobacco was ready to be used in cigars and cigarettes.

The owner of the demolished structures was the Thrall family. The family created their farm even before the big tobacco boom, way back in the 17th century. But, their business has experienced a lot of problems recently. They plan to sell the land. Moreover, the property is already on the market, and it will most likely be used for industrial or commercial purposes. Even though the Thralls were hesitant to leave their property and their legacy, they were forced to do it out of financial reasons.

Nevertheless, even though many of Connecticut’s shade tobacco sheds are being destroyed, another form of manufacturing is booming nearby.

In South Windsor, Bordua Farms owns 25-acres of land designated for broadleaf tobacco. It’s a special variety of leaves most often utilized for wrapping cigars. Corrine Bordua, the retail manager of the farm, claims that the broadleaf variant’s taste cannot be matched and that there is a very high demand for it from high-end manufacturers. According to Windsor’s Town Manager, Peter Souza, this has been the “master plan” for a long time.

Now that the land is vacant, it can be used for new opportunities. Future ventures on the land could provide chances of employment and economic improvement.

Hartford, CT — The Department of Agriculture has recently processed many applications for hemp growing licenses. Industrial hemp growing season is well on its way. The growers will be included in Connecticut’s new pilot study project. Last week, the DOA accepted 35 hemp licenses, and another 24 are waiting for approval. Bryan Hurlburt, the DOA […]

Some New Haveners are planning to boycott Frank Pepe Pizzeria Napoletana because one of the co-owners is an apparent supporter of the current president. Gary Bimonte, the businessman in question, has posted a thank you note to Trump because American steel is being used in construction jobs. He was also photographed holding a “Deplorables for […]

How Predictable Is Pot Revenue?

Massachusetts may be profiting from millions of dollars of tax income up till 2023 since the CN General Assembly did not approve marijuana legalization in Connecticut. The law package did not go through though revenue potentials have led many other states towards the legalization. The latest report from the Pew Charitable Trusts offers a fresh […]

Yet Another Fairfield Administrator Incriminated in the Toxic Waste Affair

The Sighting of an Alligator in East Lyme Still Not Confirmed